Yentis currently investigates the fluidly of paint and mixed media. Having spent many years studying the human body and its relationship to life, Yentis furthers her fascination of exploring beyond merely the human shell. “I am truly engrossed in using the process of painting as a fluid vessel, which mimics and mirrors the human body; a live organ constantly growing and ever changing. The idea of the artwork taking a life of its own captivates me. The anxiety that stems from the passing of our physical existence onto an unknown plain has made me include, within my latest body of work, explorations of the infinite cosmos: a dark, unknown world outside the comfort of everyday life.”

Yentis seems captivated with the finality of the human form in her latest creative project. There is a focus on female anatomy but not exclusive to it. A reconstruction of it on canvas lends itself to observing the body in the infinitely wider context of the physical universe, such as in the exhibition’s first piece ‘None’, wherein the female organs are juxtaposed against the stark nothingness of space. The cosmic theme subsists in circular orbs throughout this series, in which planetary, perhaps even religious connotations, permeate the question of “where does the body end and the soul endure?” The transience of the body and subsequently the notion of its beauty is also central the painting ‘Am I beautiful yet?’ has as its muse a character that that she met over a period of months who was undergoing gender reassignment surgery.

Other tools-come-inspiration are the artist’s journal and sketchbook entries, that after imbued with her personal experiences, add a level of poignancy to the writing, with many of the original pages incorporated into the images.

An abundance of deep, dreamlike and surrealist visions, each painting is carefully produced over lengthy periods of initial rumination, then returning and reapplying layers, as if to form organic, skin-like layers in a process that Yentis describes as ‘a live being in its own form’. 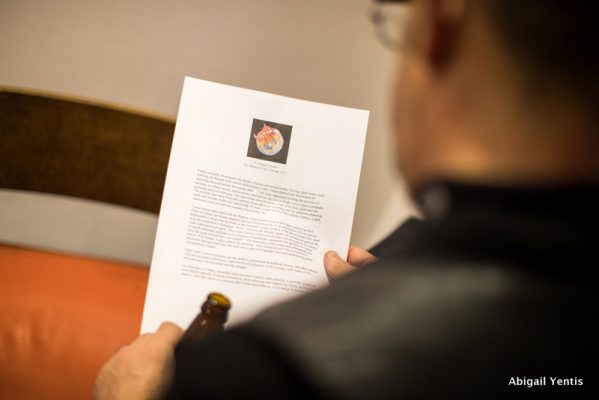 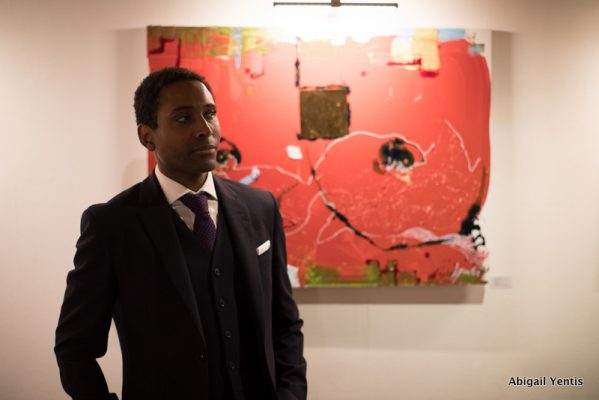 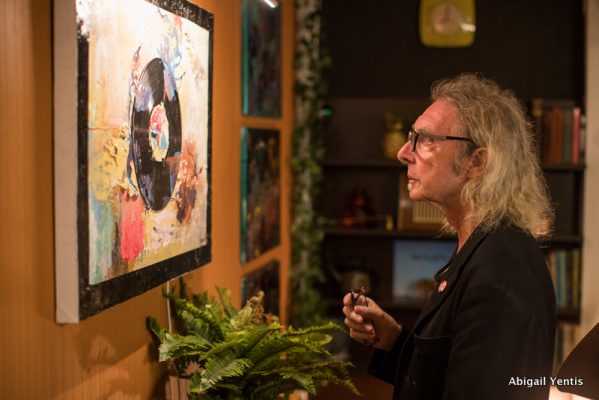 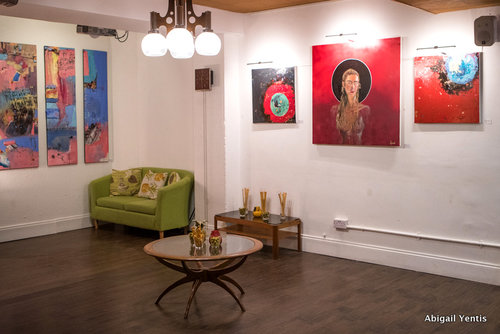 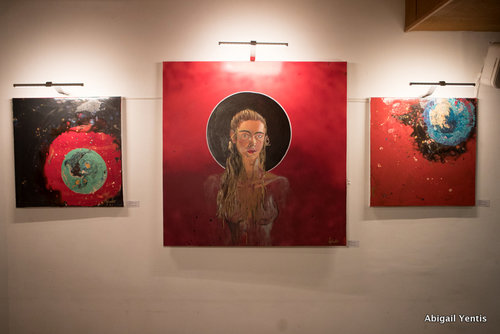 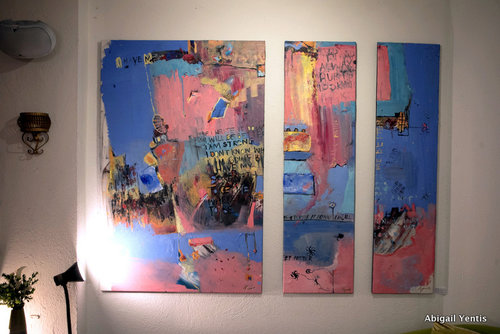 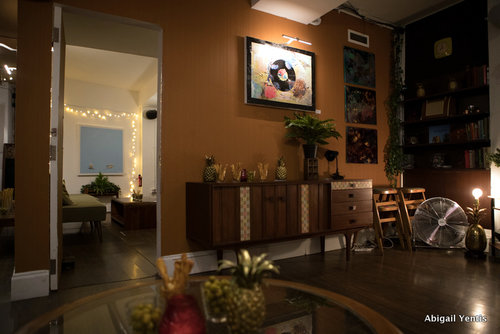 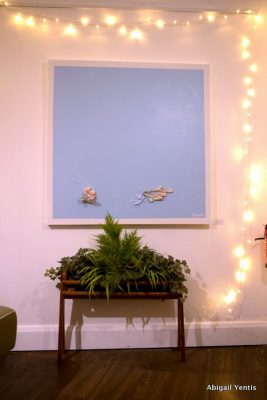 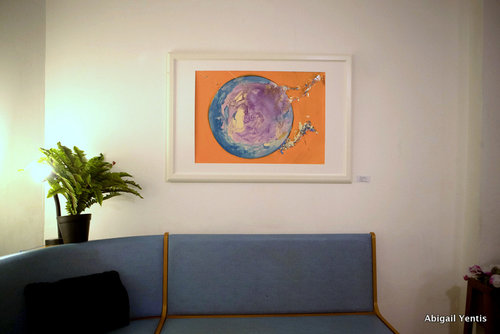 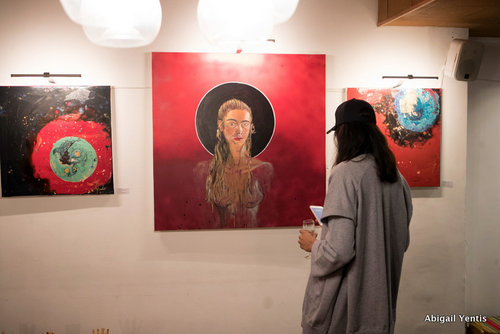 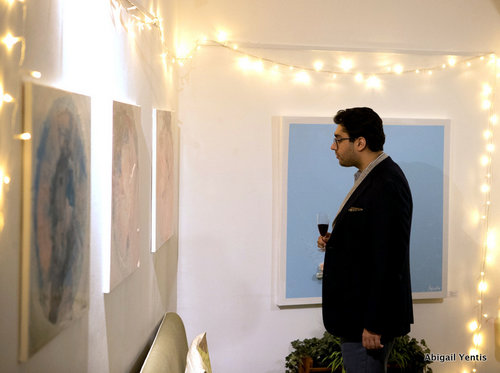 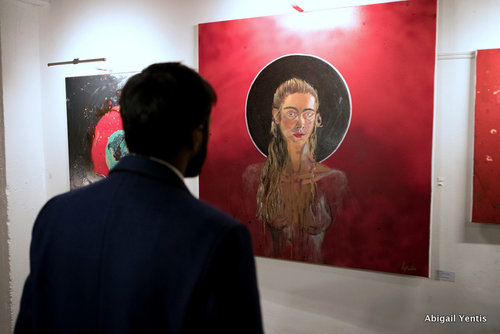 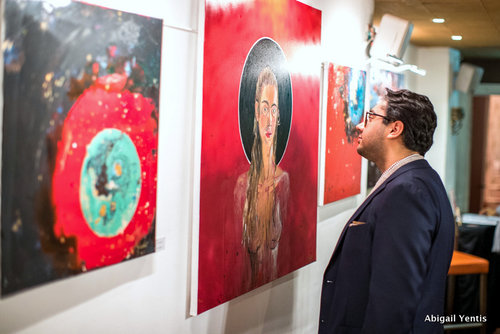 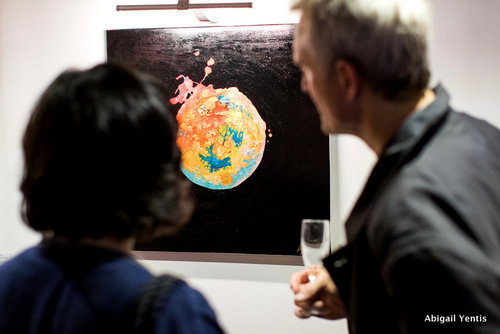 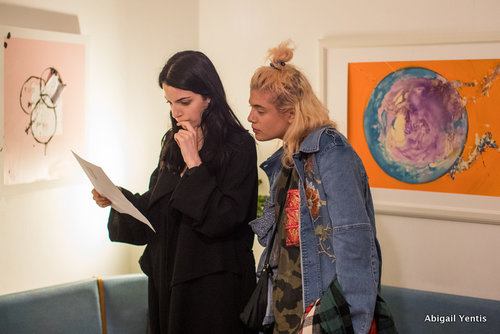 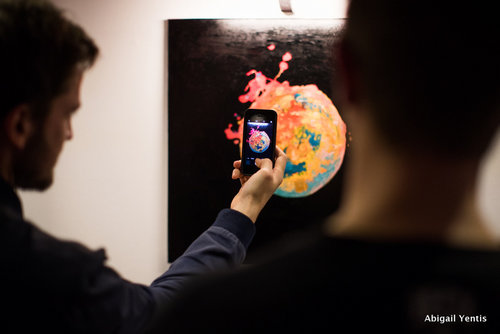 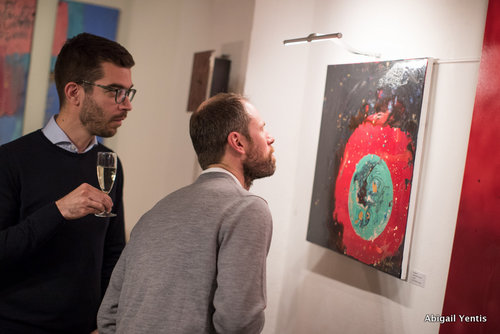 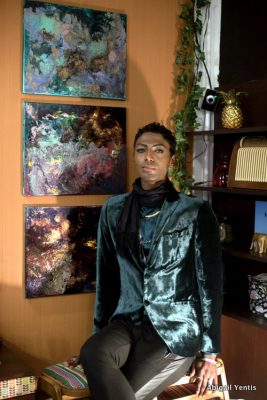 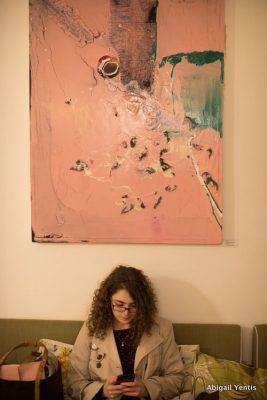 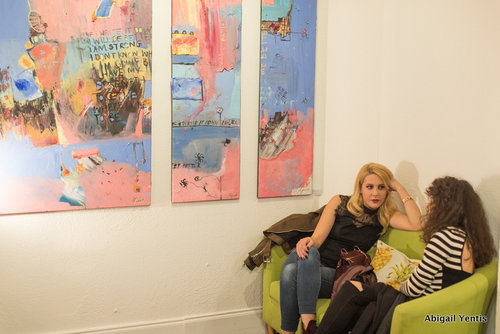 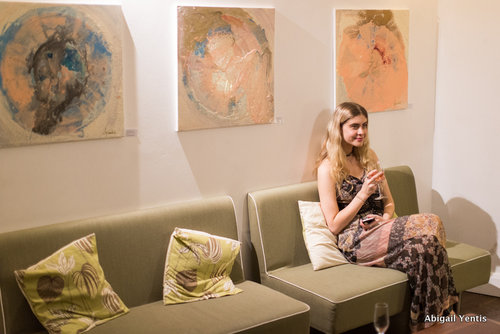 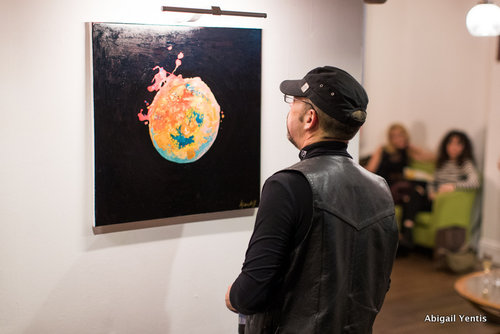